New Amsterdam, The Big City, Gotham, The Five Boroughs, The Melting Pot, The City That Never Sleeps, Hong Kong on the Hudson, The City So Nice They Name It Twice, The Big Apple, Empire City, you get it.
Let’s hear it for New York, New York. 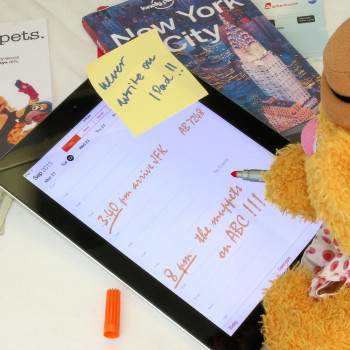 Maybe I got a little too excited to arrive on the very day the muppets debut on ABC. 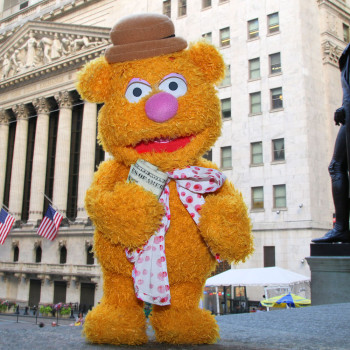 Ever heard of “The Bear of Wall Street”? 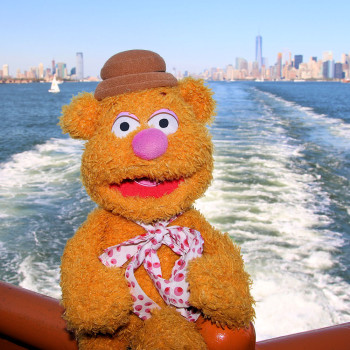 Even though I only stayed for one night, the Staten Island ferry certainly is a must-do. 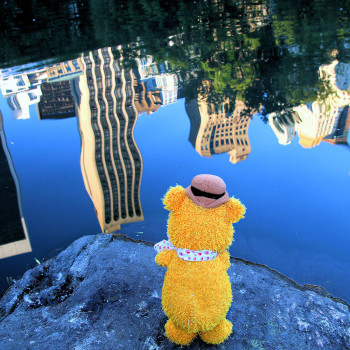 Isn’t a walk through Cnetral Park the best way to start your day in New York? 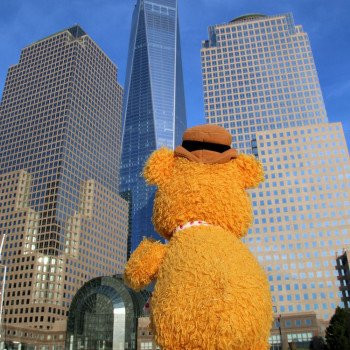 See, I am not that small in comparison to the tallest building in the city. 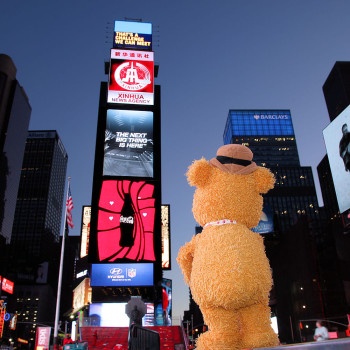 Let’s be captious: This is Duffy Square. But I think you are more familiar with Times Square.

This site uses Akismet to reduce spam. Learn how your comment data is processed.

Yes, you probably know him already.

The original Fozzie Bear was the stand-up comic of the famous "The Muppet Show" and also starred in a number of other productions. Until recently you could see him on TV in "The Muppets".

This little orange fellow here is not so much into bad jokes, though an occasional wocka wocka can still occur.

He prefers to discover the world on his little bear feet an you shouldn't miss to follow him on his adventures.